Under the slogan “Pioneers and renovators in 100 years (1922/2022)”, the biennale included a three-day seminar which took place from June 6 to 9 at the El-Hanager cinema and which highlighted the most eminent centers of Arabic calligraphy in Egypt and the Arab world as well as an art exhibition showcasing artistic gems of this art from 125 countries represented by 15 artists at the Palace of Arts at the Cairo Opera Complex which runs from 7 to June 20.

This year’s biennale coincides with the announcement of Cairo as the capital of Islamic culture and just months after the inscription of Arabic calligraphy on the Representative List of the Intangible Cultural Heritage of Humanity.

In addition, the event established a new tradition of honoring artists and scholars for their achievements, and a parallel competition was held in the name of famous Egyptian calligrapher Khedr El-Portsaidy – the founder of the Museum of Arabic Calligraphy as well than the one who accredits and certifies Arabic calligraphers in Egypt.

During the opening session, Mohamed El-Baghdady – the Biennale’s General Commissioner – noted that this year marks the centenary jubilee of the establishment of Egypt’s first school of calligraphy during the reign of King Fouad in 1922. .

The session also included the presentation of a research paper written by Nahla Imam – Egypt’s representative to the 2003 UNESCO Intangible Heritage Safeguarding Convention – who shared her experience adding the knowledge, skills and the practice of Arabic calligraphy on the representative list of UNESCO. intangible cultural heritage in December 2021.

Mohamed Hassan Abu El-Khair – the first to innovate the ‘mashq’ 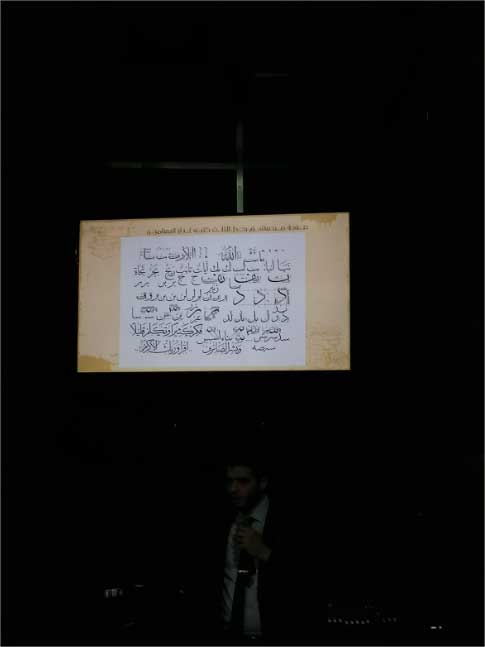 The second day of sessions showcased the pioneers and renovators of such an enchanting art.

The first article was presented by the researcher and calligrapher Mohamed El-Shafaai on the transmission of the practice of this art in Egypt, taking the family of Mohamed and Abdel-Aziz Abu El-Khair as an example, since both are calligraphers renowned Egyptians that this whole year was devoted to.

He started by revealing that the concept of transmission of this art form dates back to the pre-Islamic era, explaining that the initial idea behind Arabic calligraphy was transcription and then the artistic element came later.

“During the pre-Islamic era, except for a small circle, very few people knew how to write Arabic, and according to Abdalla Ibn Abbas, the first person to have started writing in Arabic in the tribe of Qureish was Harb Ibn Umaya – one of the masters of the tribe and the father of Sufian Ibn Harb.

The other key person in the art of calligraphy was El-Wazir Ibn Noqla, who was famous during the Abbasid Caliphate and inherited the art from his father El-Ali Ibn Hassan, El-Shafaai explained.

Mohamed Hassan Abu El-Khair was born in Cairo in 1921, he studied in Al-Azhar and then joined the calligraphy improvement school when he was only 17, where he was the first of his class and was taught by calligraphy masters such as Sheikh Fakhr El-Din, Sheikh Ali Badawi and Mohamed Hosni El-Baba – the father of iconic Egyptian actress Soad Hosni to name a few.

He excelled in El-Sulus and Reqaa calligraphy and quickly became a professor of calligraphic art at Oum El-Qoura University in Mecca for 20 years.

“He was the first to innovate in the mashq (a manual instructional technique) of Arabic calligraphy solos that are taught to fourth-grade students, where he started teaching students to write whole sentences from the start instead of focus on letters without context,” El-Shafaai added.

Abdel-Qader Al-Shihabi — the calligrapher of the Palestinian government 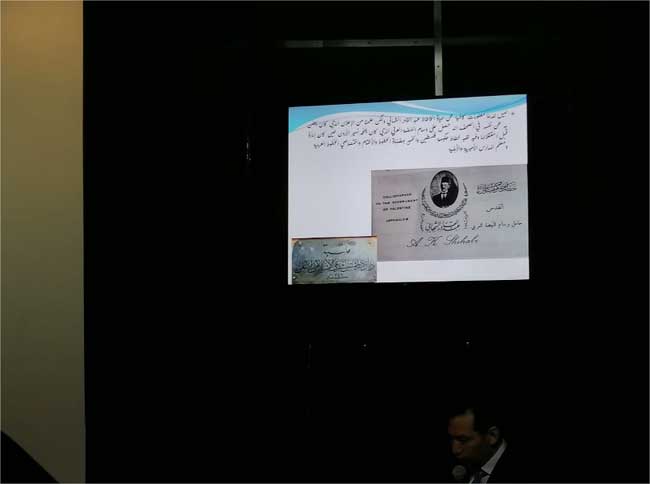 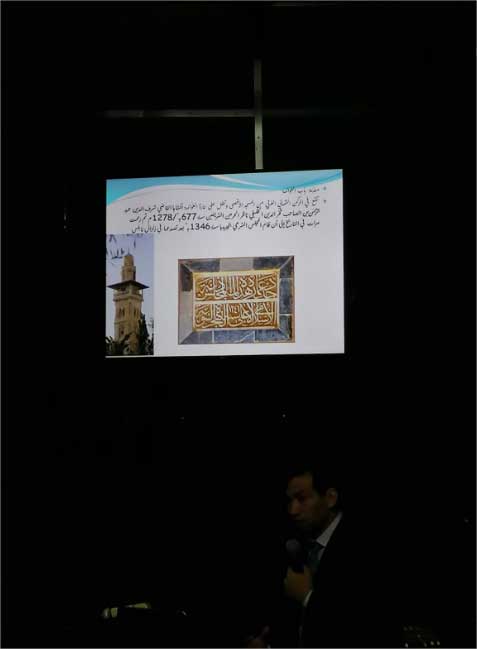 “Born and raised in Jerusalem, Abdel-Qader Al-Shihabi comes from a long line of calligraphers who began this art between the 12th and 14th year of the Hijri calendar, however, Al-Shihabi learned calligraphy in Istanbul from the hand of Mohamed Ezzat, the greatest artist. He was known for his suluth calligraphy, which adorns the walls of the Al-Aqsa Mosque to this day. He also spent his whole life teaching calligraphy in Jerusalem and encouraging many young artists to follow his passion,” explained Hussieny. 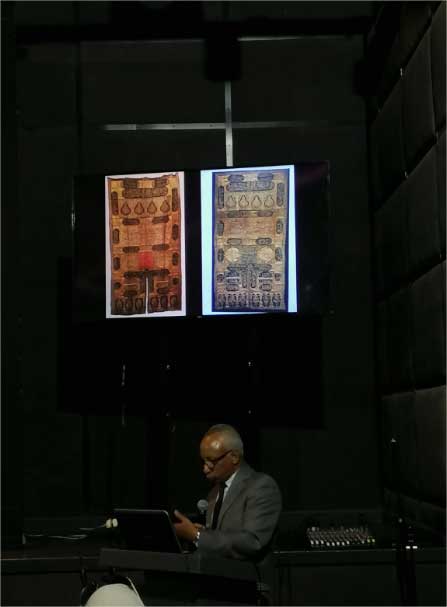 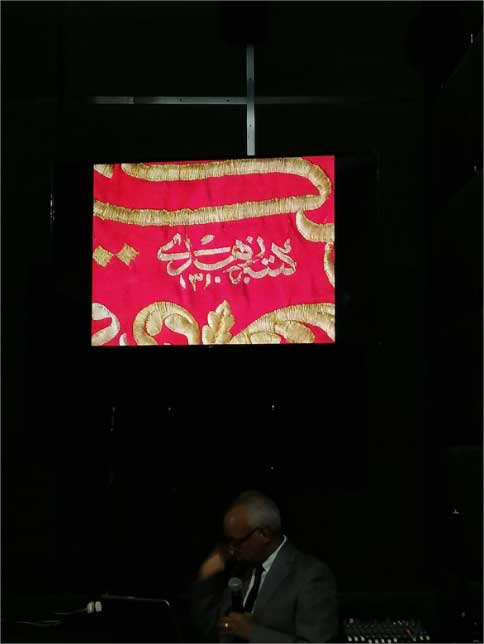 The third article was about the ‘calligrapher of Al-Haramein Al-Sharifine (The Two Holy Mosques) Abdalla Al-Zohdi and was written by Sami Saleh Abdel-Malak.

“Born in Nablus, Abdalla Al-Zohdi was born around 1251. His family moved to Istanbul, where he studied and excelled in calligraphy very early on. His artistic fame made him the official calligrapher of the Prophet’s Mosque in Medina, where his calligraphy adorns the walls and ceilings of the mosque to this day.

“During the reign of Khedive Ismail, he was commissioned to write the calligraphy of the Keswa of the Kaaba and the Mahmal. His relentless calligraphy was well visible and stood out in the design of the keswa from that day forward. He was known for his very intricate and geometric Sulus calligraphy.

Jeddah: Coinciding with World Arabic Language Day celebrated on December 18 every year, Universal Premium Motors agencies, Hongqi’s official distributor in Saudi Arabia, organized a special celebration for Arabic calligraphy to demonstrate the harmony between the beauty and design arts of Arabic. the calligraphy and designs of Hongqi, the future luxury car, which has always […]

With lines from love poems and flowing calligraphy, Jordanian fashion designer Hana Sadiq embroiders a testament to the beauty of Arab women. Over a decades-long career, Iraqi-born Sadiq has shown her designs around the world and dressed the stars, but she remains rooted in the traditions of her native country. The artistic writing of Arabic […]