Bee Bee Laisa, a final year engineering student in Bangalore, has a dream. The 24-year-old wants to transcribe a copy of the
Koran in Arabic. “I’ve always been interested in art and drawing, but it wasn’t until I started learning English calligraphy that I was introduced to the art form in Arabic, which inspired me. helped transcribe the holy book,” says Laisa.

So began her journey in 2016, as a student at the Institute of Indo-Islamic Art and Culture (IIAC) in Richmond Street, Bangalore, to learn Arabic calligraphy. Also known as
khat, this age-old art form is held in high esteem by Muslims because of its association with the spread of
Koran before the era of printing presses.

Over the past five years, Laisa has mastered decorative writing
thuluth considered one of the most difficult fonts, and
naskh (used to write the
Koran ). His talent has been recognized on several international and local platforms: his calligraphic works of Quranic verses and Islamic phrases have been exhibited in Japan, the United Arab Emirates and Jaipur since 2017. 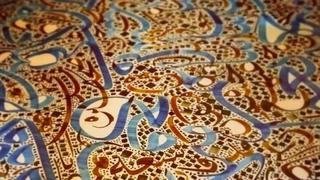 It’s a huge leap forward for Laisa, whose father works as a banana delivery vehicle driver in Bangalore. Laisa says calligraphy has helped her improve her concentration and use her drawing skills in her civil engineering classes.

“Calligraphers cannot have any dots or lines moved; it also helped me present impeccable drawings for my classes,” she says.

The school uses traditional materials to teach the art, including wooden or reed pens (
kalam ) and inks based on vegetable resins. According to tradition, strands of raw silk are placed inside the inkwell (
likka ), to help regulate the amount of ink on the
kalam tip, and also to avoid spillage on the paper.

“We use a paper called
muqahar for the final version. Although it is commercially available, calligraphers are also taught to prepare their own
muqahar leaves,” says Muqtar Ahmed, director and tutor at IIAC.

Ahmed is the man who guides Laisa in her mission. He has the distinction of being the only Indian to have earned his
Ijazah (Masters Degree) in Arabic Calligraphy from the Research Center for Islamic History, Art and Culture (IRCICA), based in Turkey, under the auspices of the Organization of Islamic Cooperation (OIC). He trained more than 500 students through the school’s weekly classes and started online classes during the lockdown.

“Calligraphy takes a long time to learn, and you only get better with continued practice,” says Ahmed.

His own encounter with this art form is a tribute to his tenacity. After graduating from middle school in a small village of Telengana, he started learning Urdu and Arabic calligraphy and decided to pursue a career as a scribe for an Urdu publication in Bengaluru in 1990. 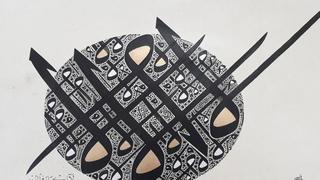 “I used to write whole pages of column-style articles before computers came along,” he says.

Most commercial calligraphy done for Urdu and Arabic journals before automated printing lacked the aesthetic values ​​of the original art form, he says.

“I would like to revive Arabic calligraphy among young people and show them how it can be not only an art but also a way to remember the divine in our life,” says Ahmed.

When he lost his job in 1994, Ahmed decided to research how other calligraphers, especially those outside India, maintained their craft. He established a small commercial press to keep the fires of his household going and continued to seek masters in calligraphy.

“I realized that it is not a tool for language transformation, but an art that has a different respect on a global scale,” he adds.

Among those who helped him were Maamoun Sakkal, a Syrian font designer and calligrapher based in Washington, and Mohamed Zakariya, the first Westerner to earn calligraphy degrees from IRCICA in Turkey.

In what seems like an incredible process today, Zakariya, who is based in Virginia and does not use electronic communication, taught Ahmed postal correspondence for three and a half years.

“I used to send my completed exercises from Bengaluru, and he would reply with his comments and corrections by post. Mr. Zakariya did not charge me any tuition fees and I feel very lucky to have been his student,” says Ahmed.

Zakariya also introduced Ahmed to his own master Hasan Chalabi from IRCICA, who invited him to Turkey in 2008. After several visits to Istanbul to learn the art, Ahmed graduated in 2013.

“My teachers advised me to start teaching calligraphy in India after I graduated, so that I could revive the ancient majesty of the art. When Mr. Syed Mohamed Beary [a local real estate developer] heard of this, he sponsored the establishment of the institute in Bangalore and entrusted me with its management. I am happy to see that even though it is a very difficult field to excel, at least 15 of our students are recognized for their calligraphy,” says Ahmed.

Ameerul Islam and Abdul Sattar, two of his students, established a branch of the institute in Hyderabad. IIAC curriculum covers Arabic scripts
riqa (for newcomers),
naskh and
thuluth and
Nastalic in Urdu. Learning two scripts thoroughly is ideal for a calligrapher, says Ahmed. 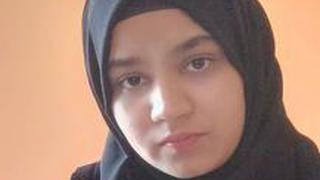 Bee Bee Laisa’s goal of transcribing the Quran is shared by her teacher. “In fact, this is the ultimate goal of any Arabic calligrapher,” says Ahmed. “But it’s a huge project, because there are at least 600 pages to transcribe. If we do something with our hands, it’s priceless,” he says.

The complex relationship between Arabic calligraphy and technology

JEDDAH/RIYAD: Arabic calligraphy is an integral part of Islamic civilization. The art form is integral to almost every aspect of Arab cultural expression.Despite its importance in Islamic art and culture, however, its popularity seems to be declining among the masses. A number of reasons could be suggested as to why this is the case, perhaps […]

Al Jallaf said Sharjah’s interest in Arabic calligraphy under the guidance and support of His Highness Sheikh Dr. Sultan bin Muhammad Al Qasimi, a member of the Supreme Council and Ruler of Sharjah, is part of a massive cultural project. He noted that the emirate was the first in the region to establish a museum […]

Ayet El-Korsy (The Throne Verse) from the Holy Quran drawn with horse-shaped Arabic calligraphy – photo courtesy of flickr CAIRO – February 14, 2018: The Arabic language is an ancient strong language that is used by millions of human beings and also one of the most expressive languages ​​in literature, but the artistic value of […]