Dr Sheikh Sultan endorses a number of new projects during the meeting at the University of Sharjah on Monday. W.A.M.

His Highness Dr. Sheikh Sultan Bin Muoammed Al Qasimi, Member of the Supreme Council, Ruler of Sharjah and President of the Arabic Language Academy (ALA), on Monday chaired the periodic meeting of the ALA at his headquarters in the university city of Sharjah.

The meeting discussed a number of topics related to ALA’s activities and efforts in implementing its core competencies to preserve the Arabic language and support all its areas.

Dr. Sheikh Sultan approved a number of new projects that ALA will work to implement in coordination with partners from institutions concerned with the Arabic language from different countries around the world.

He listened to a detailed explanation of the progress of work at the ALA and its various administrative affairs, in order to provide a stimulating environment for its employees, to provide the services necessary for the performance of their duties and to put in place various activities. 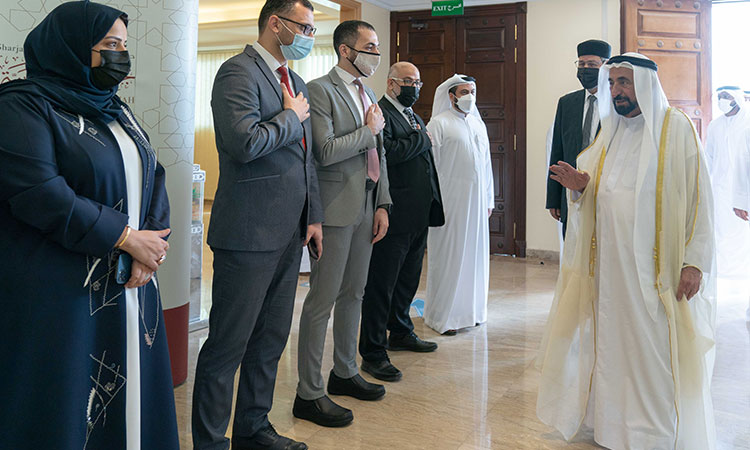 The meeting also discussed support for Arabic language efforts in the African and European continents in conjunction with the wide spread of the language in many countries and its demand by various people and interested parties.

Dr Sheikh Sultan was briefed on the latest developments in the completion of the historical dictionary of the Arabic language, of which His Highness launched the first 17 parts last November at the opening of the 40th edition of the International Book Fair of Sharjah. His Highness emphasized the concern to achieve as much as possible in the coming period while preserving accurate dating and documentation.

The meeting also discussed development plans of “Al Arabiya Lisani” magazine, which is published by ALA, in terms of linguistic knowledge and content, and diversification of linguistic and media fields.

Each summer, middle and high school students attend WKU for three weeks to study an in-depth and engaging curriculum as part of the Summer Program for Verbal and Mathematically Precocious Youth (VAMPY), a program of the Center for Gifted Studies in the WKU. Classes are available in a number of subjects, including chemistry and writing. […]

INTERVIEW: “Kooora has always been ahead of all its rivals in Arabic-language digital sports publishing,” says Founder and Chairman

DUBAI: Footballco, the world’s largest digital football content and media company, has announced the purchase of Kooora, the largest digital sports publisher in the Middle East, in a $25 million deal dollars in cash at the beginning of the month. Kooora, the Dubai-based online sports publisher, has dominated online sports news in the Middle East […]

The Persistence of Orientalism in Arabic Language Teaching at Middlebury

Orientalism has always been linked to Arabic and Middle Eastern studies in the Western world. While the Western study of Arabic dates back to the 15th century, the language remained in the background of Western academia until the Clarification, which sparked interest in foreign cultures and established Arabic speakers as exotic, violent, or backward. “Orientalism” […]